The complete history of Montana During World War II 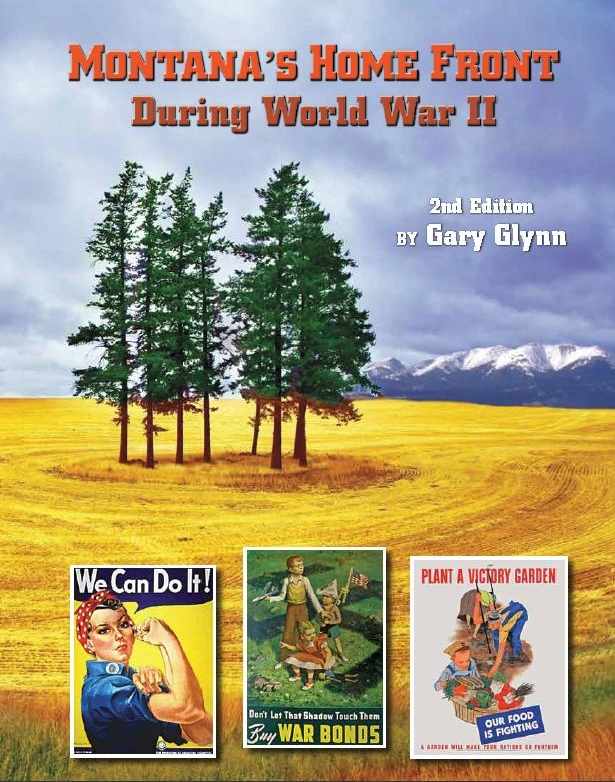 This compelling account of Montana during World War II covers personal stories, local politics, industry, agriculture, education, sports, and social life during the upheaval of a world-wide conflict. This is the tale of ordinary citizens who came together to support their sons and daughters overseas, and the tens of thousands of residents who left the Treasure State to serve their country in the military and defense plants. Those who remained planted Victory Gardens, purchased record amounts of war bonds, and endured the hardships brought about by war-time shortages and rationing. This highly readable account is the most comprehensive look at Montana during the early 1940s, and the tremendous sacrifices made by ordinary people to support their country in time of war. Originally published in 1994, this revised edition of the classic Montana’s Home Front During World War II includes many rare and previously unpublished photographs.

“a wealth of new information
and many never-before-seen photographs of
Montana during the 1940s. The result is a very
comprehensive, fascinating account of how the
state’s population coped with the tragedy of a worldwide military conflict.” – Judith Shafter – State of the Arts

“you’ve got to see it for yourself but any history or travel enthusiast will be very pleased with the wealth of information in this book.” – Greg Wortman, Billings Examiner

“excellent for the wealth of Montana history contained within. A fascinating snapshot of civilian life during the war” – ebay member burnafterreading

Was Senator B.K. Wheeler duped into revealing America’s top-secret war plan, the Victory Program, just days before Pearl Harbor? Did the Soviets run a nationwide spy ring from an Air Force Base in Montana? The answers to these and many other questions are answered in Montana’s Homefront During World War II 2nd Ed. Gary Glynn examines in detail the impact of the Second World War on Montana politics, industry, agriculture, education, sports, and crime.

Fight alongside the men of the 163rd Infantry Regiment (Montana National Guard) in the hellish jungles of New Guinea and the Philippines, at Sanananda, Aitape, Wakde, Jolo and Zamboanga. Experience the terrors of night combat as the crew of the USS Helena battle Japanese ships in the treacherous waters off Cape Esperance and Guadalcanal. Cheer as the 5th Marines raise the USS Missoula’s flag over Iwo Jima.

Far from the famous World War II battlefields of European theater and the Pacific, many ordinary Montanans made tremendous sacrifices to support the war effort. Tens of thousands of residents left the Treasure State to serve their country or work in defense plants. Those who remained purchased record numbers of war bonds, planted Victory Gardens, and endured the hardships brought about by war-time shortages and rationing. Montana’s Home Front During World War II, 2nd ed. is available in print and ebook formats.

This book was written with the assistance of a Dave Walters Fellowship from the Research Center of the Montana Historical Society.

Look inside the book

Check out the bibliography