• August 6 – “Pitt” the elephant was killed after being struck by lightning in Dillon.

• August 9 – A Consolidated Freightways warehouse and 25,000 pounds of freight burned in Shelby.

• August 12 – A fighter plane from the 7th Ferrying Group crashed near Belt, killing the pilot.

Interested in what was happening in Montana during 1943?  Read More about Montana’s Home Front During World War II 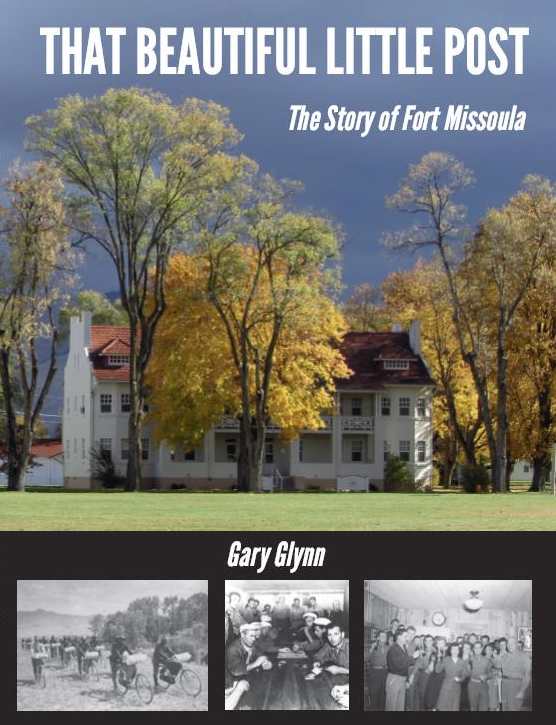 The definitive account of Fort Missoula’s long and storied history.

Published by the Friends of the Historical Museum and Big Elk Books.

Look for it in your local bookstore.

A frontier outpost during the Indian wars, Fort Missoula is best known for the 25th Infantry Bicycle Corps and the Alien Detention Center that imprisoned Italian and Japanese citizens during World War II. That Beautiful Little Post: the Story of Fort Missoula tells the story of the infantry units that occupied the post for almost 70 years, and who fought at the Battle of the Big Hole, helped rebuild the Mullan Road, and prevented violence during labor strikes. Fort Missoula also served as district headquarters of the Civilian Conservation Corps, as well as an Army Disciplinary Barracks. Although the military presence has nearly ended, the fort remains a treasured community asset, home to museums, golf courses and parks, a medical center, government offices, and non-profit groups.

Read more about That Beautiful Little Post: the Story of Fort Missoula

• July 2 – Four were killed in a tanker truck fire at Cut Bank.

• July 4 – Frank O’Neill of Great Falls, a cook during the Civil War, celebrated his 104th birthday.

• July 25 – Three miners were killed in a cave–in at the Leonard Mine in Butte. Philip Coleman was arrested for the murder of Carl and Roslyn Pearson at Lothrop.

• July 28 – A military plane made a forced landing five miles northwest of Reedpoint. The Japanese successfully evacuated Kiska without being discovered.

Interested in what was happening in Montana during 1943?  Read More about Montana’s Home Front During World War II