Senator Max Baucus of Montana recently introduced a measure stating that “the Senate recognizes and honors the superior service of the First Special Service Force during World War II.” The joint Canadian-American unit of highly trained commandos formed at Fort Harrison in 1942, and participated in the invasion of Kiska in the Aleutians before being sent to Italy. They fought their way up Monte La Difensa, Monte Majo, Monte Camino and other Italian mountains, then spent four months terrorizing the Germans at Anzio, where they earned the nickname “Devil’s Brigade.” After leading the Allied advance into Rome, they participated in the invasion of southern France. According to the Resolution “during 251 days of combat, the Force suffered 2,314 casualties, or 134 percent of its authorized strength, captured thousands of prisoners, won 5 United States campaign stars and 8 Canadian battle honors, and never failed a mission.”

The full text of Senate Resolution 577 can be found here.

I previously posted one of my articles on the “Devils’ Brigade” that was published as part of the Missoulian’s “Greatest Generation” series. It can be found here.

Many of the soldiers of the First Special Service Force returned to Helena after the war. My previous post upon hearing of the deaths of the last two Helena residents of the Force can be found here. 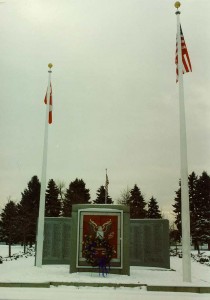