I have included a few sample pages below of: That Beautiful Little Post: the Story of Fort Missoula  so that people can get an idea of layout and content. The book has 144 pages, illustrated by color and black & white images throughout. 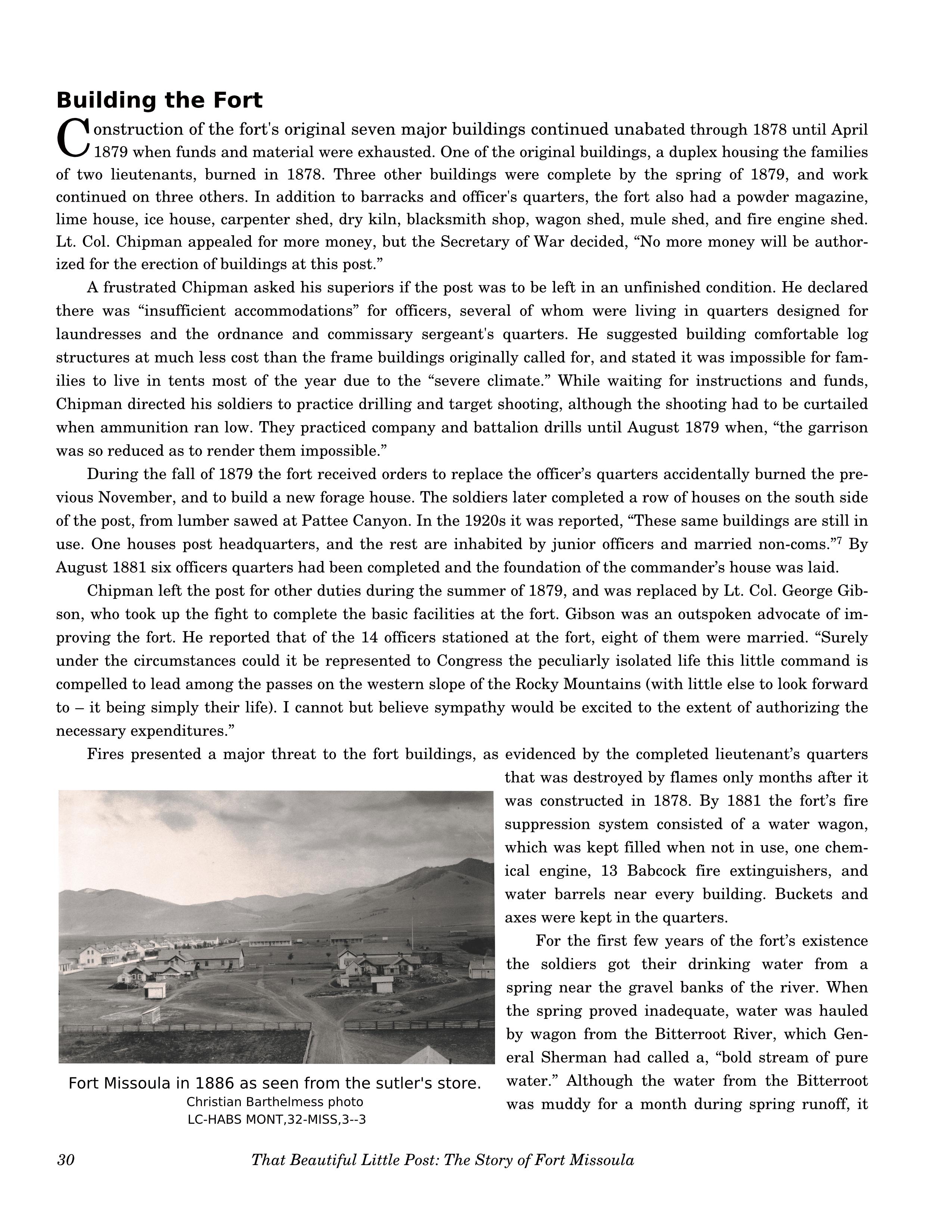 Due to confusion about the location of the property lines, much of Fort Missoula was built, not on the designated military reservation, but on adjacent state land. This threatened funding for Fort Missoula for many years. 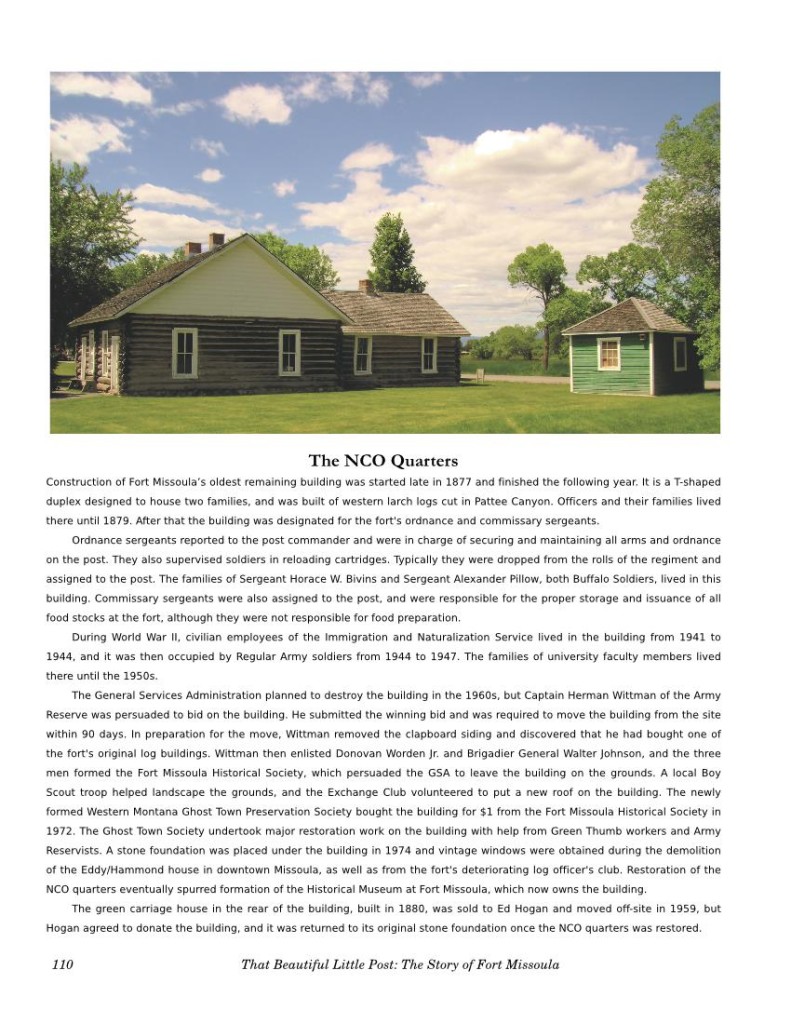 The NCO quarters on the grounds of the Historical Museum at Fort Missoula was built in 1878 and is the oldest building on the fort grounds. It was usually occupied by the families of the Ordnance and Commissary Sergeants.

Read more about That Beautiful Little Post: the Story of Fort Missoula